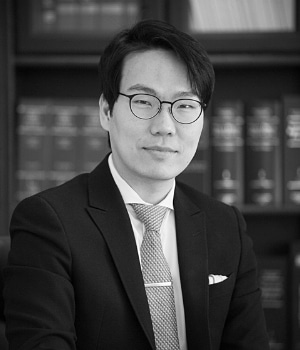 201.461.0031
Joseph Dongho Song, Esq. is the founder and managing member of Song Law Firm, LLC. He studied political science at the State University of New York, Buffalo, from which he graduated with honors. He went on to receive his J.D. degree from California Western School of Law, focusing on international law, commercial law, business law, and immigration law.
Before being admitted to practice, he served as the CEO of the International Trading Group, Inc. He has a tremendous network and significant experience in the area of international business law, US immigration law, and international M&A. . In addition, he has been involved in many complex and difficult divorce cases for more than a decade and has successfully led many cases. Given his expertise in international business, M&A, and commercial issues, combined with his experience in immigration law, international law, and matrimonial law, he now manages Song Law Firm with other leaders from diverse backgrounds.

Mr. Song has represented Fortune 500 companies and many of the top 30 Korean, Chinese, and Japanese Conglomerates/Businesses.  He and his insurance defense group have also represented large US insurance companies. He manages the Finance/Banking law practice of Song Law Firm and has represented numerous US and Korean banks in the US.